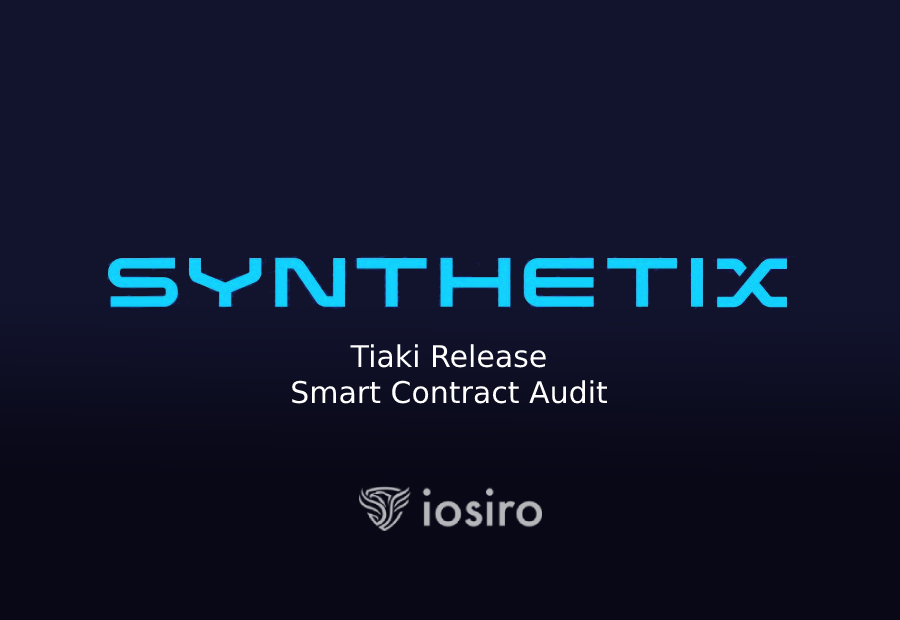 # 1. Introduction
iosiro was commissioned by [Synthetix](https://www.synthetix.io) to conduct a smart contract audit of their Tiaki Release, which included [SIP-258](https://sips.synthetix.io/sips/sip-258).

This report presents the findings of a smart contract audit performed by iosiro of Synthetix's Tiaki release.