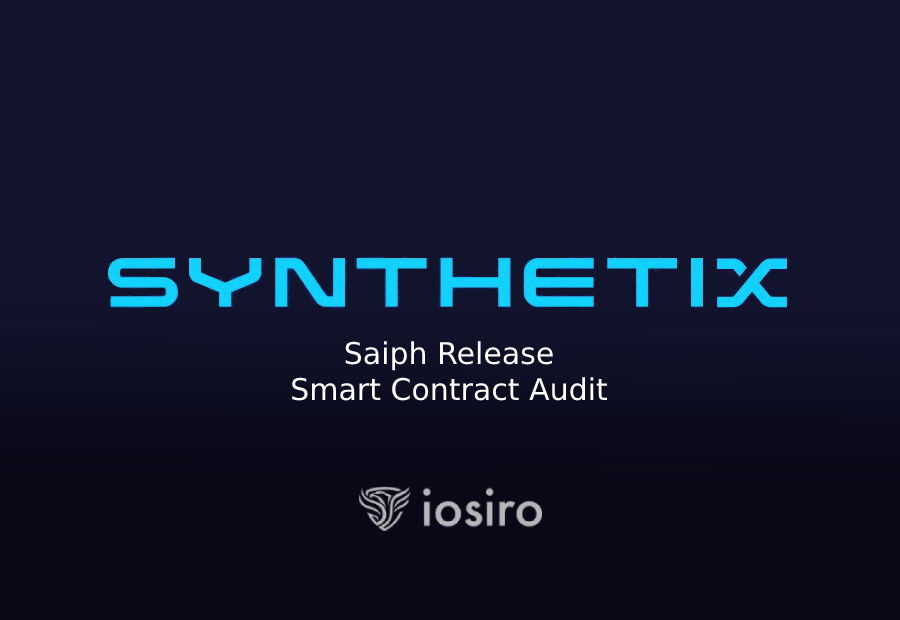 This report presents the findings of a smart contract audit performed by iosiro of Synthetix's Saiph release.

[SIP-235](https://sips.synthetix.io/sips/sip-235) improved the modifier used in Issuer to ensure that only the trusted brige contract could mint assets on each chain. The modifier now validates the caller address is the valid bridge and ensures that the other bridge address is not set.

[SIP-238](https://sips.synthetix.io/sips/sip-238) restricted transfer operations on SNX and Synth transfers to only be callable through their proxy implementations. Certain system-internal contracts were permitted to call the implementation contracts to minimize changes to the system.