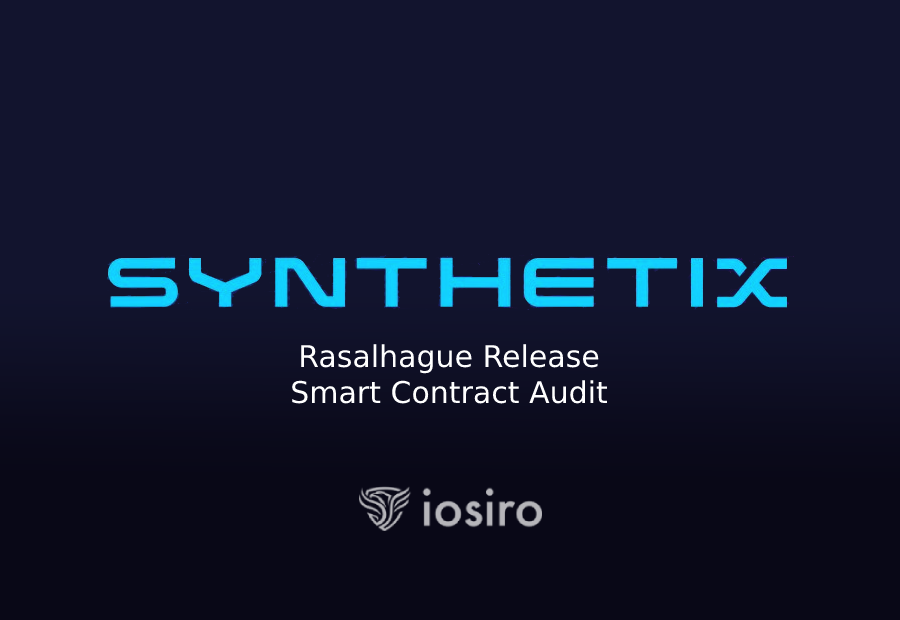 This report presents the findings of a smart contract audit performed by iosiro of Synthetix's Rasalhague release.