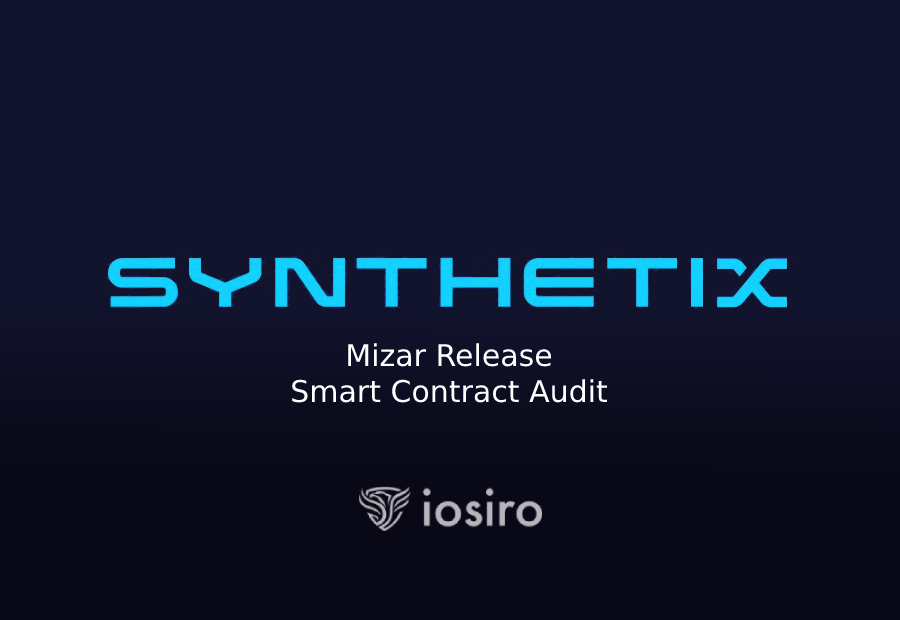 # 1. Introduction
iosiro was commissioned by [Synthetix](https://www.synthetix.io) to conduct a smart contract audit of their Mizar Release, which included the following components:
* [SIP-220](https://sips.synthetix.io/sips/sip-220)

The audit of SIP-220 was performed on 25 March by a single auditor, consuming a single resource day.

This report presents the findings of a smart contract audit performed by iosiro of Synthetix's Mizar release.

[SIP-220](https://sips.synthetix.io/sips/sip-220) introduced a fix for a bug in the calculation of the number of debt shares to mint or burn when issuing or burning synths. The original implementation only considered the local network's total number of debt shares, when it should have used the oracle value that combined the values from both L1 and L2 deployments. The fix was found to correctly address the issue by relying on the reported values of the debt oracle.

At several points, the `_debtBalanceOfAndTotalDebt(...)` function was used to calculate a user's debt balance, while the other returned values were discarded. This function made 3 distinct calls to the debt oracles and was fairly gas intensive. An alternative approach, only requiring one oracle call, and as a result more efficient would be: