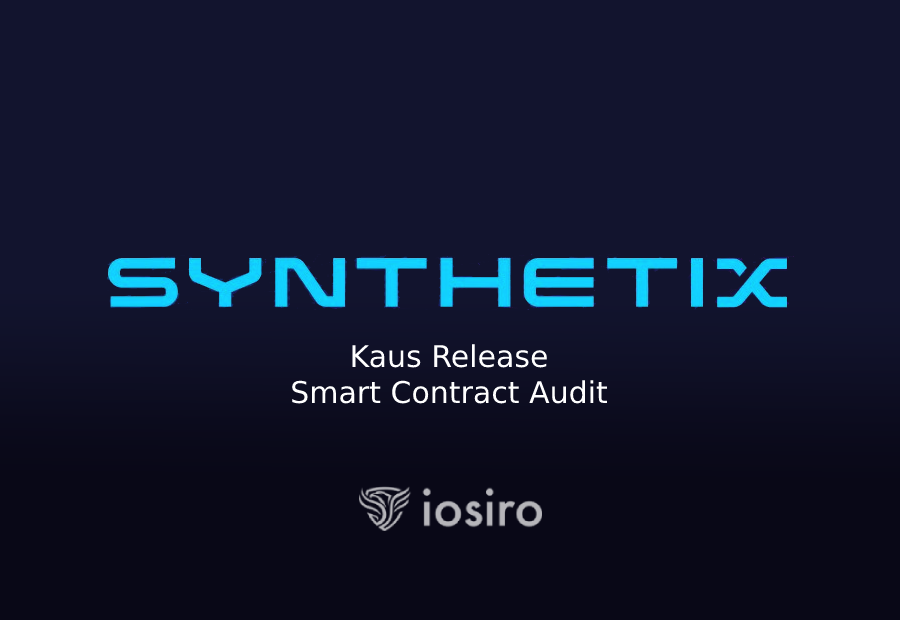 iosiro was commissioned by [Synthetix](https://www.synthetix.io) to conduct a smart contract audit of their Kaus Release, which included an audit of the following component:

This report presents the findings of smart contract audits performed by iosiro of Synthetix's Kaus release.

[SIP-187](https://sips.synthetix.io/sips/sip-187) implemented a fix for an issue where the debt cache was not properly updated through partial debt updates when burning or issuing sUSD. One informational issue was identified and remediated during the audit.

### 5.5.1 Potential overflow when casting between int to uint (Low Risk)

Care should be taken when casting between `int256` and `uint256` to ensure that the value being cast does not result in potential overflows. It is recommended to  manually validate that the values are within bounds or use the [OpenZeppelin SafeCast](https://docs.openzeppelin.com/contracts/3.x/api/utils#SafeCast) functionality.