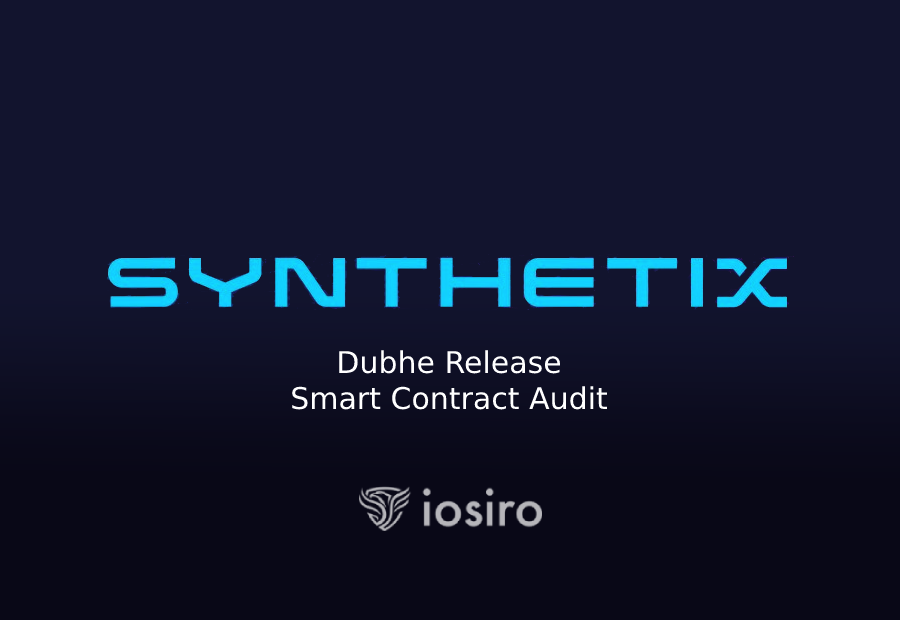 This report presents the findings of the audit performed by iosiro of the smart contract implementation of the Dubhe release.

[SIP-145](https://sips.synthetix.io/sips/sip-145) implemented a bug fix to emit the correct amount of SNX backed debt when taking a full debt snapshot. The code change was minimal and found to address the issue. No further issues were identified.

[SIP-150](https://sips.synthetix.io/sips/sip-150) implemented a fix to address a bug where the non-SNX backed debt was unnecessarily being subtracted from the cached debt during partial debt snapshots. The implementation was found to correct the issue. No further issues were identified.

No informational issues were identified during the audit.